Jonathan Kodjia saved a point for Aston Villa at the death in an entertaining, end-to-end game which truly showed the poor officiating in the English Football League.

Aston Villa started a game with a bright spark for the first time this season.

John McGinn found himself coming close after two minutes, poking a ball just over the bar after he found his way through the Brentford defence.

Brentford looked nervy in the fifth minute, as Daniel Bentley fumbled a free-kick from Jack Grealish and a Brentford defender smashed it against the upright whilst trying to clear.

Jonathan Kodjia was yellow carded ten minutes later after tracking back and committing to a relatively poor challenge against Konsa.

For much of the first twenty minutes, Aston Villa had more possession and looked the stronger side going forward.

But, it only took 22 minutes for Brentford to gain the upper hand, as Watkins headed a ball across the box into Neal Maupay, who clinically put it past Orjan Nyland and into the top right hand corner.

Neal Maupay nearly got his second just six minutes later, and would have it wasn’t for a wall of Nyland, McGinn and Chester on the line.

Ollie Watkins received a yellow card in the 32nd minute as he clattered into Jack Grealish.

Jonathan Kodjia had a fine chance on goal in the 35th, and showed his strength to hold of the Brentford centre-back before forcing Bentley into an acrobatic save.

Jonathan Kodjia showed why patience was needed for him to regain his confidence. Just before the 40th minute mark, he used his strength, skill and agility to beat Mepham near the corner flag, cut into the box and fire past Bentley in the net.

Neal Maupay should have realistcally been sent off in the 42nd minute after intentionally stamping on John McGinn’s calf after the Scot tussled with a number of Brentford players. 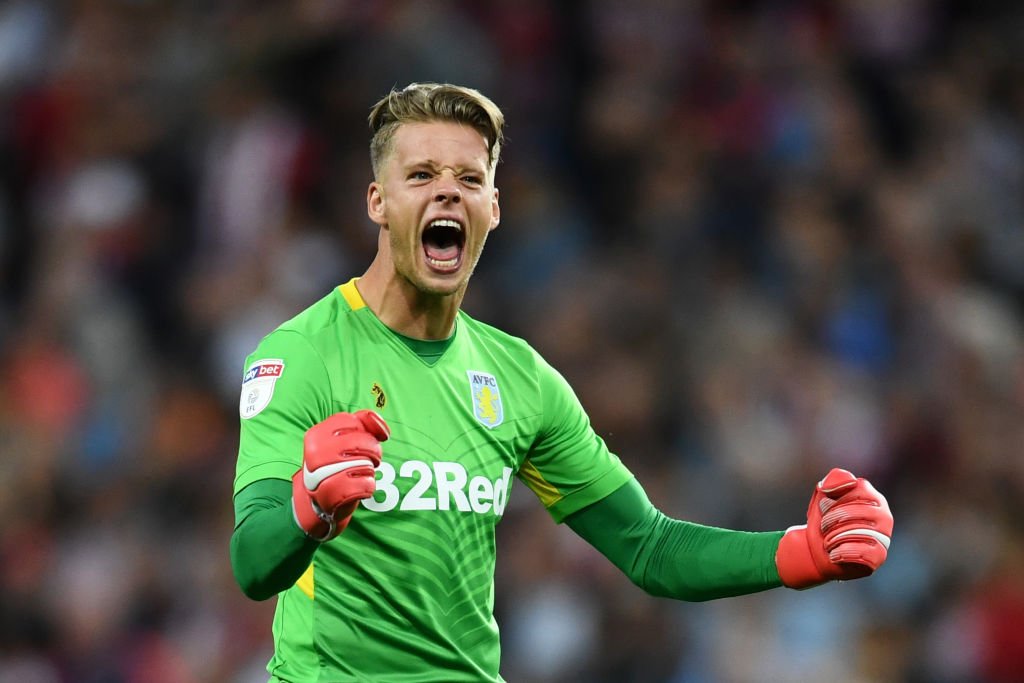 The second half saw Brentford’s Mokotjo replace Lewis MacLeod before the game resumed.

Neal Maupay had a relatively good chance just three minutes into the half after Mile Jedinak’s poor head back towards James Chester, but was stopped by a rushing Orjan Nyland.

For the first ten minutes, the game was entirely Aston Villa as the Villan’s continued where they left off.

The 60th minute saw Josh McEachran replaced by Nico Yennaris, the second midfield change the Brentford side had made in the second half.

James Chester received a yellow card in the 66th, for a trailing leg which clipped Neal Maupay – who made a meal of it.

Just two minutes later, Albert Adomah, who had showed smidgens of brilliance, but generally looked slow, was replaced by Andre Green. During this substitution, Jack Grealish was booked for dissent.

Orjan Nyland was forced to make his first real save of his Aston Villa career in the 70th minute as Yennaris shot towards the ‘keepers right, and the Norwegian got down low and palmed it wide. Said Benrahma replaced Sergi Canos just before the corner was taken.

Benrahma was then booked for time wasting on a corner in the 74th minute.

In the 81st minute, Brentford scored their second of the game through the man who should have been sent off earlier in the game, Neal Maupay. Nyland saved a shot from Watkins, which fell kindly to Maupay who beat Alan Hutton to the ball and scrambled it home before using Alan Hutton’s face to pull himself up. Should have definitely been sent off.

Just a few minutes later, Orjan Nyland made a fantastic save to ensure Aston Villa’s hunt for an equaliser wasn’t wasted.

Brentford nearly had a third just before the 90th minute as a lack of communication by the Villa squad saw them through on goal – luckily, Orjan Nyland pulled off a decent save.

Jonathan Kodjia scored his second goal of the game, in the last minute, to keep Aston Villa unbeaten in the Sky Bet Championship, as Elmohamady provided a decent cross which was flicked to the far post, where Kodjia was waiting. The Ivorian placed a header which looped over Bentley in the Brentford goal.