Aston Villa are now five games without a win as Conor Hourihane was Aston Villa’s saving grace with a wonderful 93rd minute free-kick.

Aston Villa started their first game of the season with players playing within their natural positions – with Mile Jedinak moving back to a defensive midfielder role, Axel Tuanzebe moving to his preffered centre-back role next to James Chester and Alan Hutton on the right.

Aston Villa started very positively, getting into Blackburn Rovers’ box twice within the first minute – but neither time was Tammy Abraham able to capitalise.

Blackburn probably had the best chance of the first ten minutes, after a ball was whizzed across the Aston Villa goal mouth – but Axel Tuanzebe was there to send it over the bar and out for a corner. The resulting corner was unsuccessful, but saw a cross come in soon after that Tuanzebe struggled to deal with and headed towards his own goal – luckily Orjan Nyland was alert and saved it.

John McGinn received the first booking of the game as he collded with Blackburn’s Nyambe after rushing at him to try and clear the ball in the 17th minute.

Blackburn Rovers thought they had taken the lead come the 27th minute, after Charlie Mulgrew delivered a ball in that Bradley Dack thundered home with a header – but the flag was up. This had come after Aston Villa had conceded another needless free-kick to the home side.

Aston Villa had a stonewall penalty shout just a minute or so later as John McGinn dispossessed Lenihan and rushed into the box before being caught by Smallwood’s trailing leg.

Tammy Abraham came very close with his first real sniff in the game, hitting the target with a difficult header – but it was a bright spark in what was a better five minutes from Aston Villa.

Both sides went in even at the break. 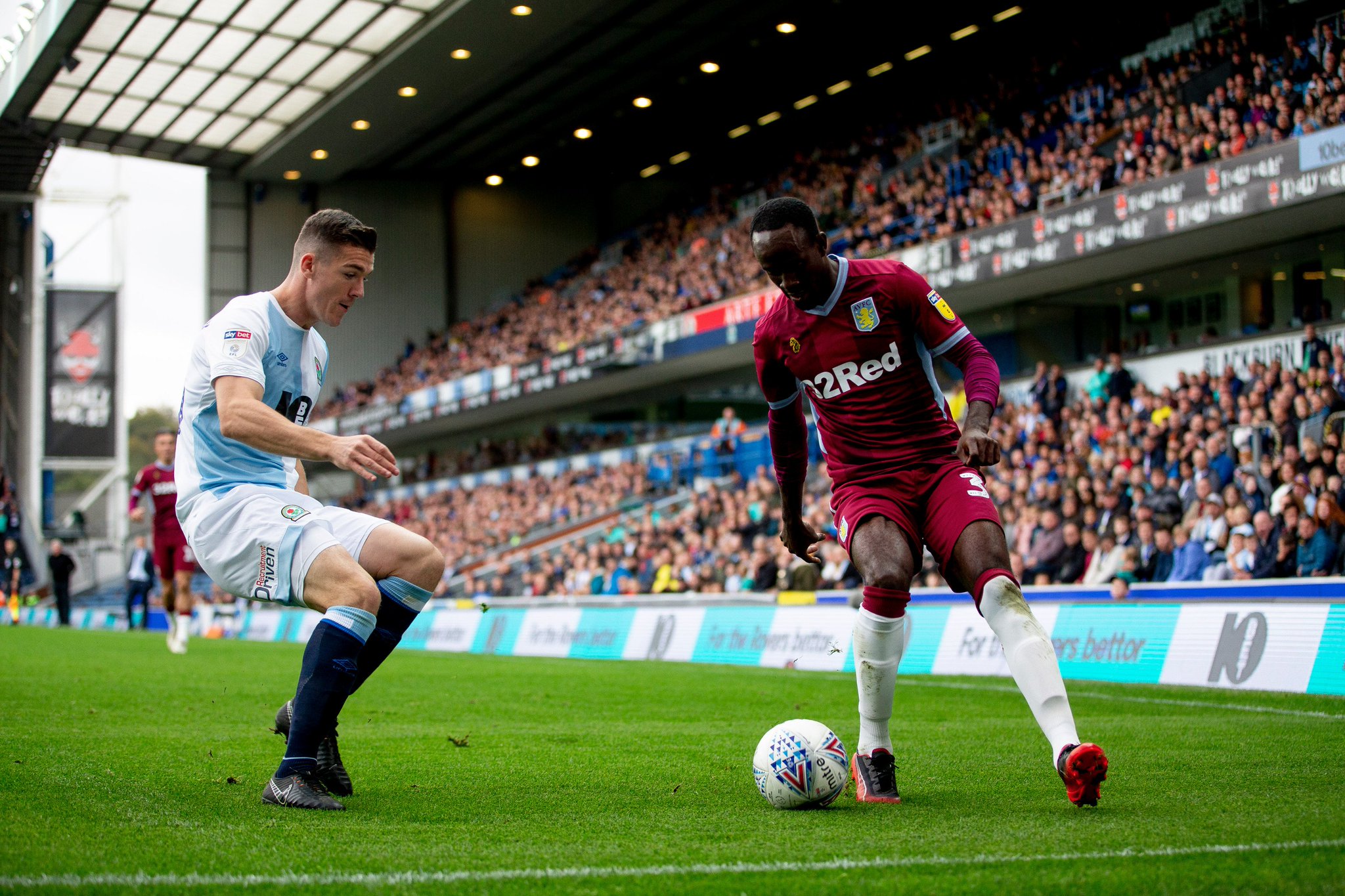 In the second half, it took just seven minutes for Blackburn to notch up two yellow cards – the latest coming in the 52nd minute as Lenihan clattered into Jack Grealish.

Aston Villa were dominating the attempts during the second half, with all six attempts in the first 15 minutes coming from Aston Villa, but only one was actually on target.

It took until the 68th minute, and Blackburn to have already made two, for Aston Villa to make their first change – with Jonathan Kodjia replacing Albert Adomah out on the left hand side.

Tammy Abraham came close in in the 70th minute, teaming up well with Jonathan Kodjia – but the England youth international put it just wide after a brilliant piece of play.

In the 75th minute, it was their talisman in Bradley Dack that opened the scoring at Ewood Park – getting a flick on a poor shot from Danny Graham that found its way past Orjan Nyland and Alan Hutton on the line.

From here, there wasn’t much to talk about in regards to the game. Both sides tried to get forwards and had chances on goal, but nothing came off for either side.

Aston Villa, as usual, seemed to brighten up in extra-time to try and secure a point – and one man in particular stepped up.

Conor Hourihane scored an absolute peach of a free-kick, filled with pace and curled it around the Blackburn wall to level the playing field.

The last moment of the game was a yellow card for Yannick Bolasie, who stretched to meet the ball and caught the Blackburn ‘keeper.