Aston Villa looked like their flame was snuffed out relatively early into the second half, and paid the price as Norwich came from behind to win.

The Villa faithful were in fine voice this evening at Carrow Road, as they travelled for Aston Villa’s second game under Dean Smith.

Norwich’s Zimmerman was yellow carded in under five minutes after a harsh challenge on Jack Grealish as Aston Villa looked to break – leaving him on relatively thin ice for the rest of the game.

Both sides had chances in front of goal in the first fifteen minutes, and both sides had made mistakes – namely James Chester for Aston Villa.

But, just before the 19th minute mark, James Chester made amends by putting Aston Villa ahead as a Conor Hourihane corner found its way to his head, before ricocheting against a Norwich defender and past Krul in the net.

It took quite some time for another big chance for either side – but Villa nearly double their lead as Alan Hutton played a teasing ball into the box which Tammy Abraham scuffed at unconvincingly – but the ball bobbled and hit the post.

Neil Taylor was booked just before half time for flooring a Norwich’s Aarons, who had managed to give him the slip. 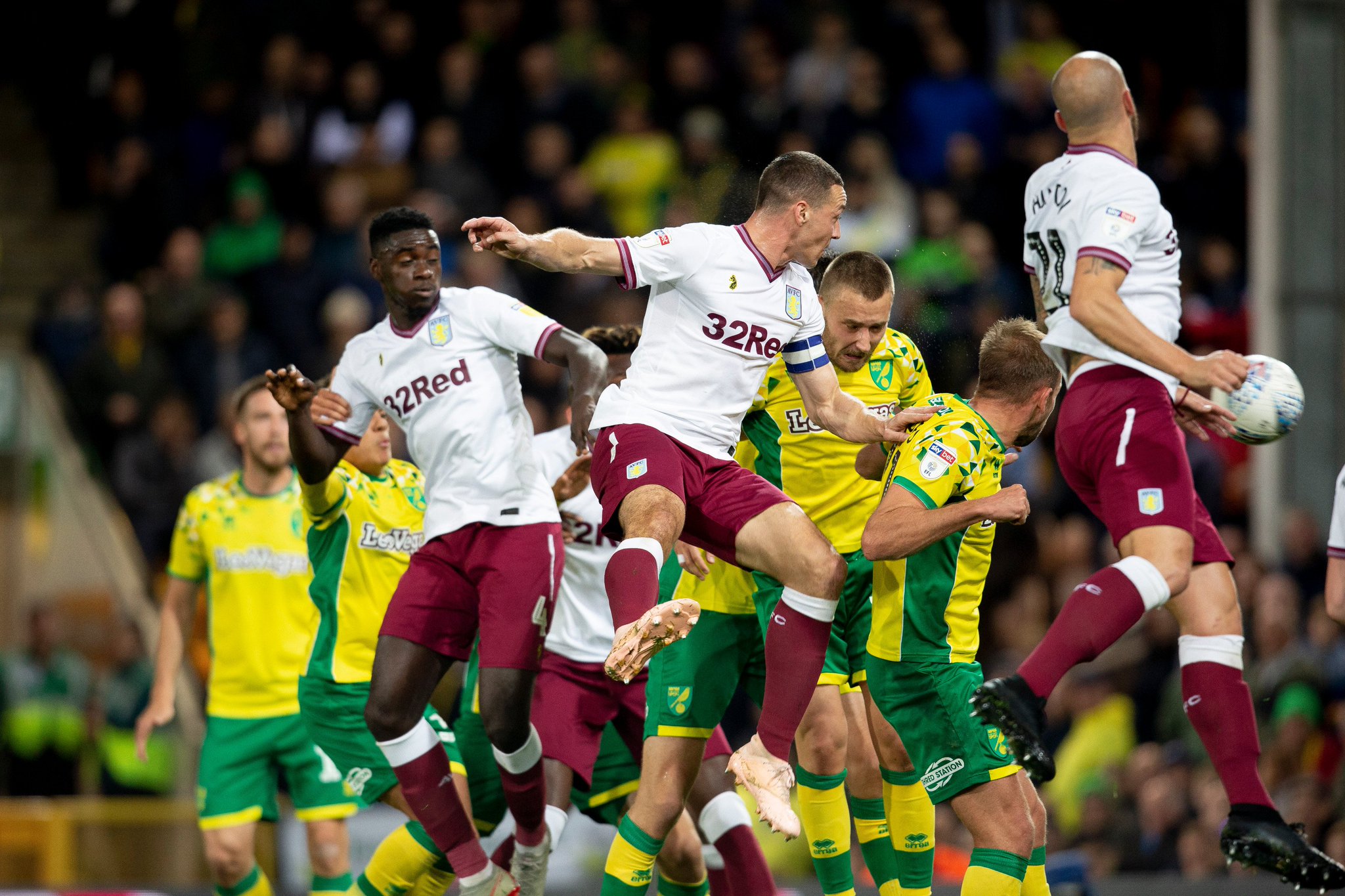 After only a few minutes in the second half, Albert Adomah was replaced by Anwar El Ghazi after the winger clashed knees with a Norwich player and forced him to leave the game early.

And only a few minutes after that, the 53rd, saw Scott Hogan replace Tammy Abraham after the forward clashed with Klose’s boot a few minutes earlier.

The same minute, a corner from Norwich saw Nyland rush to catch the ball – but Jordan Rhodes got there before him – heading into the net and equalising for the home side.

Anwar El Ghazi came relatively close to giving Aston Villa the lead again in the 66th minute as he attempted to keep in a rather over-hit corner from Conor Hourihane, and the ball hit the post and bounced into nothing.

For much of the second half, Aston Villa looked like they lacked energy, just as Smith had said in the Swansea game. In the 73rd minute, Jordan Rhodes scored his second of the game as he placed the ball past a static Orjan Nyland.

In the 80th minute, Jonathan Kodjia replaced Conor Hourihane as Aston Villa searched for an equaliser.

From here, neither side really troubled the other and Aston Villa’s flame had seemed to die out far to early into this game.