Aston Villa won emphatically on home soil today against bitter rivals Birmingham City, with goals that will certainly go down in the history books.

The Second City Derby was finally upon us today, with a 12pm kick off at Villa Park.

Villa enjoyed the first few minutes of the game, with Tammy Abraham finding himself with a lot of space within the first two minutes but firing it over the bar.

It took Birmingham ten minutes to get a shot towards goal, with Kristian Pedersen firing wide on the volley from outside the box.

From here, the game turned a little and Birmingham had their fair share of set pieces and chances, in a period of the game where Aston Villa looked to struggle to get into the final third.

Up until the 25 minute mark, there were a number of ‘nearly’ moments for both clubs, but neither looked like seriously threatening the opposition’s goal.

The 27th minute saw something that no Aston Villa fan wanted to see. Lukas Jutkiewicz span away from any markers during a set-piece and found himself free at the back post to fire past Tammy Abraham on the line and into the back of the net. There could be arguments for a foul on Villa ‘keeper Orjan Nyland, but it seems that everything was above board.

Only eight minutes later, Aston Villa’s willingness to play out from the back nearly helped to double the lead for Birmingham City, as a whipped ball in found Che Adams and the forward’s sliding shot crashed off the post and back out.

Just a minute after that, Aston Villa found themselves equalising as Hutton played the ball wide to Adomah, who fired a tricky ball into the box which eventually fell to forward Jonathan Kodjia who hit the ball on a half-volley, past Birmingham keeper Lee Camp before wheeling off in a dancing celebration.

And then, on the cusp of the forty minute mark – Albert Adomah turned provider again played an inch-perfect pass to the back post, where of course Solihull-born Jack Grealish was waiting with a diving header at the back post, giving the home side the lead. Villa’s second was Jack’s first ever goal in a Second City Derby, almost as if the Villa talisman was taking up the mantle left by Gabriel Agbonlahor – “the tormentor of Small Heath”. 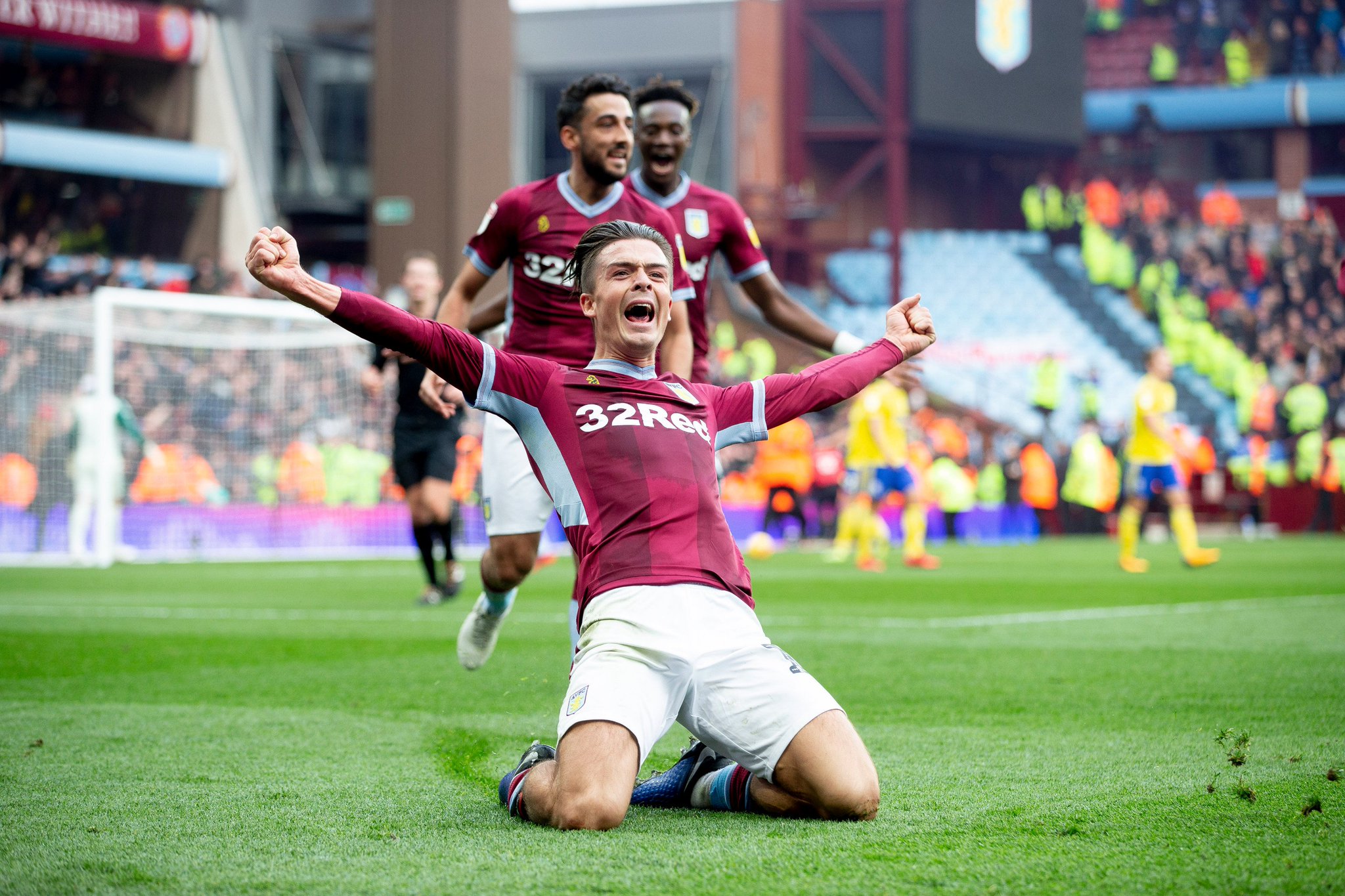 Jack Grealish could have possibly added a second headed goal within the first minute of the second half, with Abraham bursting forward on the right and playing a ball in, which Jack headed high over the bar.

And before five minutes had even gone in the second, Abraham had his feet taken from under him and the home side were awarded a penalty. Tammy Abraham stepped up to take the penalty and fired it past Lee Camp, as the ball skewed to the right, hitting the inside of the post and rippling the back of the net.

It only took several minutes for another twist in the tale, as once again Aston Villa being dispossessed in their own half caused an issue. Che Adams played a ball into the box and Kristian Pedersen found himself free to bury the ball past Orjan Nyland in the Villa goal.

The 62nd minute saw Albert Adomah pick up a rather disappointing injury from a tackle from Birmingham’s Harding, meaning that the side’s prime creator during the first hour departed and was replaced by the enigmatic Yannick Bolasie. The resulting free-kick saw Hourihane’s effort saved with a good hand by Birmingham keeper Lee Camp.

The fourth goal for Aston Villa has to be the best of them all. Alan Hutton, the Scottish Cafu himself, ran through the entire Birmingham City half, showing strength and passion, with the roar of the Villa behind him – before cutting into the box and firing past Lee Camp in front of the Holte End.

Jonathan Kodjia could have made it five as the ball fell his way twice on a winding run, but Harding was there to stop him.

The 88nd minute saw Jutkiewicz replaced by Omar Bogle, just after the former had been booked for a push on Axel Tuanzebe.

Just before the 90th, the game looked to be ending as it finished, with an awful challenge from Kieftenbeld on Jack Grealish.

With five minutes added time, these minutes were just about containing possession and ensuring that the game was won.

And that, folks, was all she wrote. Thirteen derbies unbeaten for the Villa. The City is ours.