Aston Villa allowed West Bromwich Albion to come back from behind twice away from home tonight, albeit with the Baggies’ second being a hand ball.

Aston Villa set foot on the turf at the Hawthorns for the first time this season,  in what was probably the most important game in their promotion hunt so far – and Jack Grealish’s 150th Aston Villa appearance.

The sides were relatively matched during the first ten minutes, with both sides pushing forward when they could, committing fouls – but neither attempting shots at the target.

The first of the shots came from Matt Phillips from quite the way outside of the box, who struck the ball on the volley cleanly but couldn’t manage to get it the right side of the post.

But right after that, Aston Villa found themselves 1-0 up, in around the 11th minute. El Ghazi found himself with acres of space and took a shot, which ricocheted off of Hegazi’s face and wrong-footed former Villan Sam Johnstone in the Albion goal.

Tammy Abraham could have made it two come the 26th minute, but the forward just couldn’t get enough power on the shot and it fell towards Sam Johnstone.

Just a minute later, West Bromwich Albion’s counter-attack proved to be Villa’s undoing. Harvey Barnes managed to out muscle Alan Hutton, before chipping a cross into the box for Dwight Gayle to poke home past Orjan Nyland and equalise for the home side.

Tammy Abraham found himself with a major opportunity again in the 37th minute, and really should have scored, but fired a weak shot at Johnstone with little to no pressure on him.

Just a minute later, John McGinn fired an absolute belter of a shot with his left foot and the entire ground thought it was going in, but it struck the post and bounced back out. 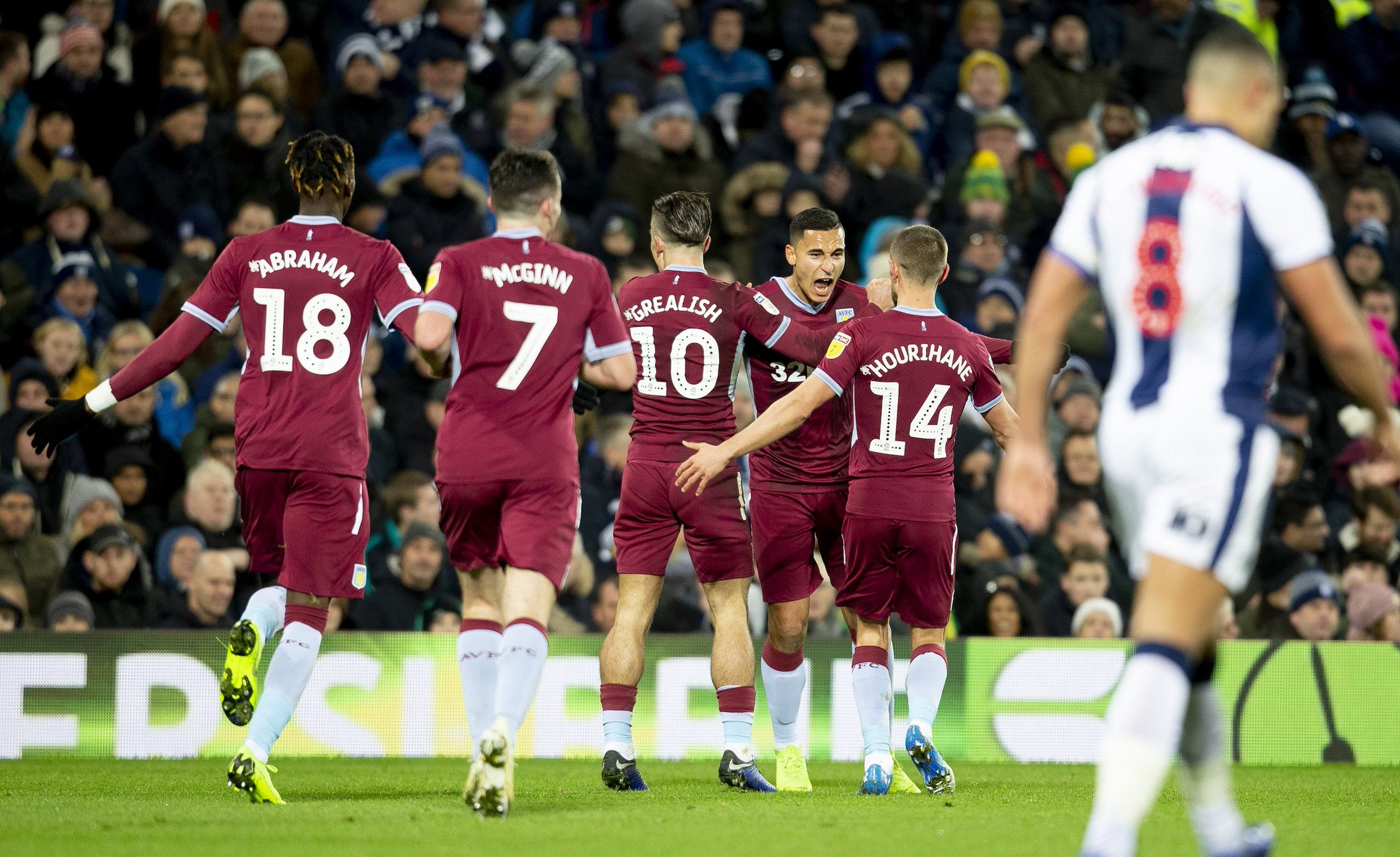 The Baggies looked to start the second half much brighter than Villa, who backed off the ball a number of times in the early minutes which allowed West Brom with a number of chances and set pieces.

In the 50th minute, Neil Taylor played the ball out of play and dropped to the floor clutching his hamstring – before he was replaced by Ahmed Elmohamady who moved to right-back, with Alan Hutton moving to left-back.

And just eight minutes later, Aston Villa had taken the league once more – and this time Anwar El Ghazi could definitely claim it as his own. He took the ball on the right hand side of the box and sliced a curling shot into the top right corner.

The first yellow card of the game, surprisingly, came in the 61st minute as Jake Livermore fouled John McGinn. The second, came a minute later, as Hegazi took out McGinn, too.

In the 65th, Tammy Abraham fluffed his third golden opportunity of the game – tripping himself over when he had a relatively high chance of burying the shot if he’d have taken it well enough.

Just before the 80th minute mark, Aston Villa had a shout for a penalty as both Tammy Abraham and Yannick Bolasie were flattened in the penalty area in one movement – but it never came off, and shouldn’t have either.

In the 81st minute, Yannick Bolasie was replaced by Jonathan Kodjia.

In the 85th, a struggling Jack Grealish was replaced by Glenn Whelan.

As the five minutes of time were added on, a number of Villa’s players looked like they were running on empty tanks, and this invited more pressure on from the Baggies. And it paid off for the Baggies, as Jay Rodriguez equalised via a hand ball. Not just one. About three hand balls from Jay Rodriguez sent the ball into the net.

And that was all she wrote.