Aston Villa continue to be unable to swat Brentford, as the hosts took all three points through a late goal from Neil Maupay.

Another trip to Griffin Park and another loss. Neil Maupay’s injury time winner gave Bretford the three points and widened the gap between Villa and the play-offs.

The Bees controlled the opening stages, the first 20 minutes being played in Villa’s half. A lot was coming down the right-hand side, with Sergi Canos and Moses Odubajo causing problems for Kortney Hause.

Neil Maupay had a penalty shout too, seemingly bodied by Lovre Kalinic, replays showed that the 22-year-old went down far too easily.

After 28 minutes Villa had their first chance. Anwar El Ghazi’s shot was pushed away by Daniel Bentley.

Opportunities were starting to become more frequent for both sides. The dangerous Maupsy flicked the ball back to Said Benrahma who half-volleyed wide. Then Tammy Abraham slipped the ball through to Albert Adomah who got goal side of Moses Odubajo but hit his effort off-target.

Yet again it was forty-five minutes of football from Villa which just lacked that link from midfield to attack. 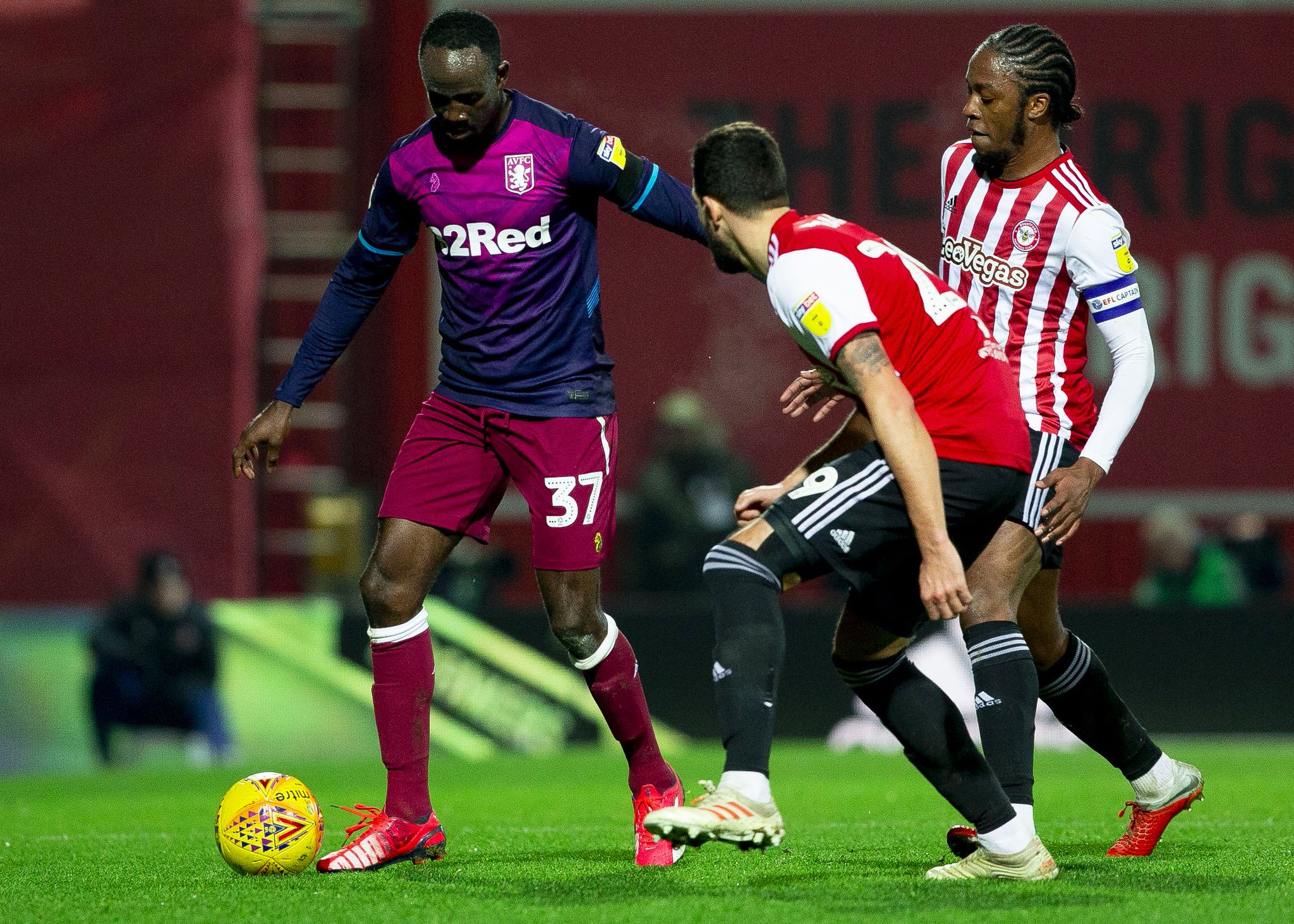 In the second half Maupay nearly broke the deadlock, the striker receiving Sergi Canos’ pass before beating Tyrone Mings and blazing over the crossbar.

The Bees were turning up the heat. Before the hour mark Ollie Watkins unleashed a sweet strike which Kalinic had to deal with. Moments later Dean Smith brought on Andre Green and Ahmed Elmohamady in an attempt to assert some dominance out wide.

If we were going to score it was going to be on the counter, and we nearly did after 67 minutes. Elmohamady slid the ball across to Conor Hourihane but the Irishman couldn’t beat an onrushing Bentley.

Then Maupay drove forward prior to laying it off to Benrahma who powered wide.

Late on Abraham might’ve nicked a goal, heading Alan Hutton’s cross straight at Bentley. Frankly (no pun intended) it was one of just a few chances we created.

In the dying stages Maupay struck the finishing blow. Elphick dived in trying to intercept a pass but missed allowing the Frenchman to take the ball past Mings before finessing it past Kalinic.

It was no more than we deserved, things must improve drastically if we want to get anything from West Bromwich Albion on Saturday.