Ten man Aston Villa managed to secure three points in a game that saw three penalties and some awful officiating.

Ten man Aston Villa managed to secure three points in a game that saw three penalties and some awful officiating.

Rotherham started the brighter of the sides, with a mistake from Neil Taylor allowing Rotherham’s Jon Taylor through on goal, who shot wide of Steer’s net.

Albert Adomah had a chance a few minutes later which was blocked, and Conor Hourihane’s follow up ended up being blocked too.

Aston Villa were awarded a penalty in the 11th minute as Jack Grealish bustled his way into the box and was taken down by Robertson. Tammy Abraham stepped up for the resulting penalty and miserably attempted a shot that trickled towards the right-hand side of the net and was saved.

Neither side really had much of a chance up until the thirty-third minute, when Tyrone Mings was sent off with a second yellow for an alleged hand-ball. This handball didn’t look like it had any purpose, rather that the player was off-balance.

Rotherham had a penalty, which Will Vaulks buried past Jed Steer to give the home side the lead.

Albert Adomah was then subsequently replaced by Mile Jedinak, who slotted into the defence alongside Axel Tuanzebe – with Anwar El Ghazi playing just off of Tammy Abraham. 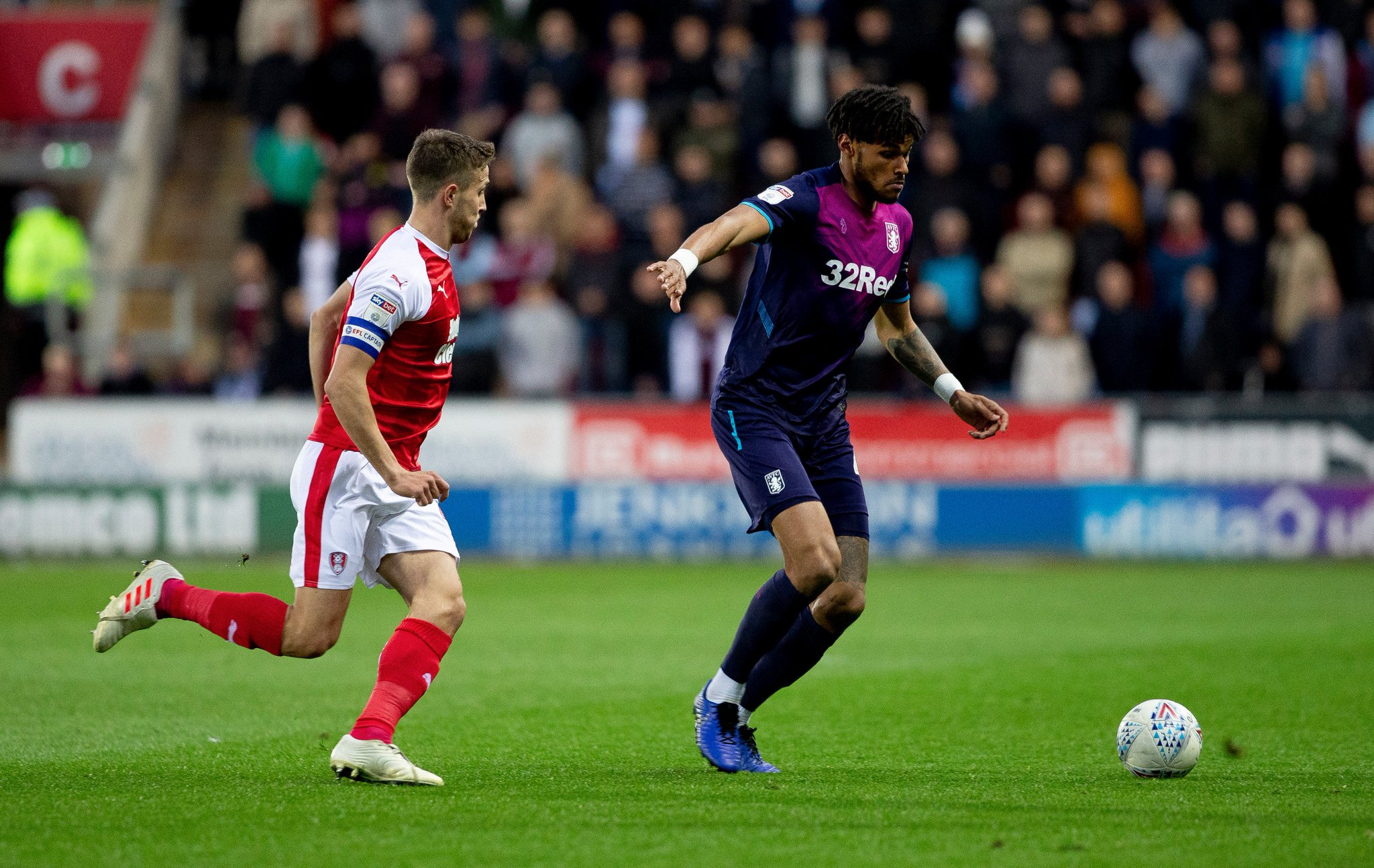 The second half saw Jonathan Kodjia replace Anwar El Ghazi as Villa turned to a 2-3-4 to save the day.

The third penalty of the game was awarded as Ahmed Elmohamady’s cross hit Ajayi’s hand. Jonathan Kodjia stepped up to take the penalty in the 48th minute and slammed it into the top-right-hand-side of the Rotherham net.

Jack Grealish made it two just three minutes later, as he constructed the entire move by pulling in three Rotherham players before running forward, playing the ball into Elmohamady who played it back – allowing Grealish to finish.

Jonathan Kodjia continued his impact in the 62nd minute by winning a corner through a spectacular roulette and nutmeg of a Rotherham defender.

Eleven minutes later, Rotherham came close after a Will Vaulks throw resulted in a ball landing on the edge of the box. A strike was taken towards the Villa goal, which Jedinak charged down and blocked.

Hourihane had the chance to make it three in the 78th minute, with a powerful shot just inside the box, but Rotherham’s Rodak got down well to make the save.

Jonathan Kodjia also had the chance to make it three within extra-time, but blasted the ball over the bar.

Jack Grealish was subbed off for veteran Glenn Whelan in the 92nd minute with Dean Smith attempting to sure up the game.

John McGinn looked to pick up a knock in the 95th as he continued to try and keep Rotherham at bay.

All in all, a poor display from Aston Villa who have looked relatively lucky in recent games where they’ve managed to secure three points.

But even poorer, was the standard of officiating, which continues to be a problem within the Sky Bet Championship.

Keeping Douglas Luiz should be a priority for Aston Villa