Aston Villa broke a 44 year-old record with a 2-1 win at home against Bristol City today, making it 8 wins on the bounce for the first time since 1975.

Vote for us on Twitter
Aston Villa made it eight wins in a row for the first time since 1975 this afternoon after defeating Bristol City.
A penalty from Tammy Abraham and a Conor Hourihane finish made Famara Diedhiou’s goal for the Robins a mere blot on the copybook.

Early on, Axel Tuanzebe was caught in possession by Diedhiou but his shot fell wide. Then the away side had another chance when Niclas Eliasson’s deep cross to the back post was headed wide by Matty Taylor.

Villa went incredibly close after 12 minutes. Anwar El Ghazi’s longshot was parried to Albert Adomah by Max O’Leary. The Ghanaian, who had the goal at his mercy, headed against the inside of the post.

Then Tammy Abraham chested down Ahmed Elmohamady’s cross for John McGinn, but the Scots shot was blocked by Abraham of all people.

Andreas Weimann looked to have put Bristol City in the lead with 25 minutes gone. However, the Austrian, who had begun his non-celebration in front of Holte, had his header ruled out for offside.

Conor Hourihane doesn’t score many headers, but from two yards out the Irishman connected well from El Ghazi’s cross. Unfortunately for the midfielder, O’Leary denied Hourihane with a splendid one-handed save.

Throughout the first half, it was clear that we missed Jack Grealish. At the same time, the Robins didn’t look up to much going forward. The game was there for the taking. 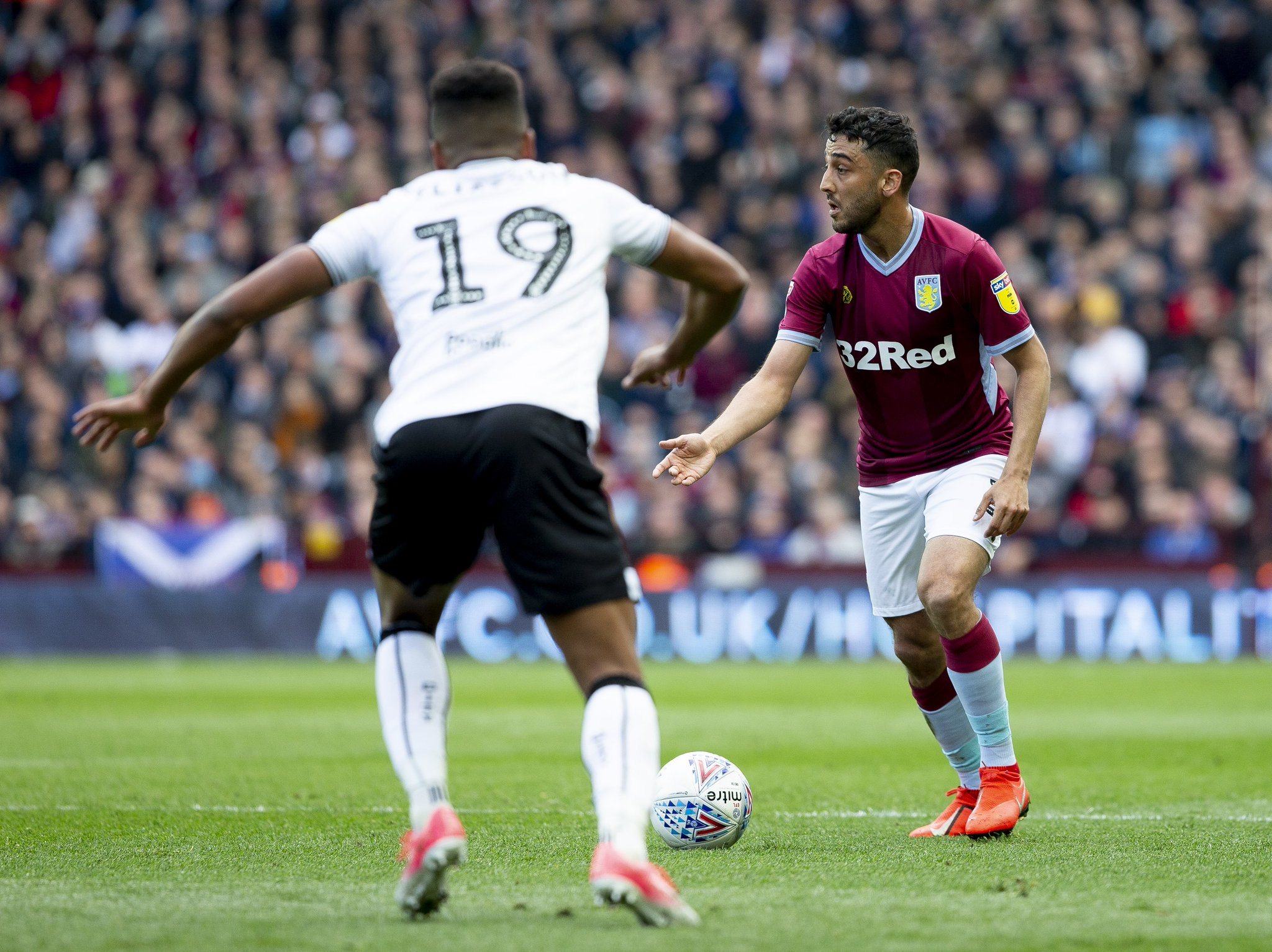 O’Leary’s second-half save from Hourihane was arguably better than his first. The Robins keeper got himself behind El Ghazi’s power shot prior to sticking a leg out to divert the Irishmans close range effort over.

However, Hourihane’s luck would turn. After 55 minutes the midfielder was brought down in the box. Abraham duly put his Rotherham demons to bed by slotting his spot kick down the middle.

Hourihane was again involved when his powerful delivery across the six yard box was volleyed into the hands of O’Leary by McGinn. Then the former headed El Ghazi cross over from close range.

But persistency pays off. El Ghazi threaded a reverse ball through to the Hourihane who rolled the ball into the bottom corner.

Villas second turned out to be an important one too, because with just over quarter of an hour to go, Famara Diedhiou reduced the deficit. The Bristol strikers acrobatic effort finding its way in off the post.

Soon after, Neil Taylor was denied by the legs of O’Leary when a square ball to Keinan Davis was arguably the better option.

We were tiring, and in an attempt to freshen things up, Smith brought on Henri Lansbury for Hourihane.

Mile Jedinak nearly sealed the deal with less than ten minutes to go. His header from El Ghazi’s corner was cleared by Diedhiou before it could cross the line.

Substitute Davis did well to dispossess Adam Webster in midfield prior to playing the ball through to McGinn. The Scot preceded to lash a bobbling ball over the bar with his right.

Then Davis did excellently to bully Webster before firing a shot straight at O’Leary for a corner. From the corner McGinn came inside but his effort was tipped over by the Bristol City goalkeeper.

Nevertheless, Villa held out, despite the frankly ridiculous six minutes of added time. Up next its Bolton away on Friday as the Pride look to cement their place in the play-offs.