We need to talk about the game that saw Aston Villa become the most in form side in Europe, relegate fellow league founders Bolton Wanderers and more.

Villa relegated Bolton Wanderers on Good Friday with a comprehensive second-half performance. Here are five talking points from the game

Aston Villa under Dean Smith are record breakers. The Pride recorded their ninth win in a row for the first time since 1910, the year of our sixth first division title. If Villa get three points at home to Millwall on Monday, it’ll be ten wins from ten for the first time ever. Also, Tammy Abraham’s back post header on 57th minute made him the first Villan to score 25 in a league season since Andy Gray in 1977.

It’s always hard to criticise Villa when they’ve just picked up a win and a clean sheet, but in the first-half our attacking play, especially on the wings wasn’t good enough. Against Bristol City, Neil Taylor and Anwar El Ghazi linked up excellently, however in the opening 45 the connection was lacking. Too many aimless crosses were being lofted into the box, crosses which were beaten eaten up by Jack Hobbs and David Wheater. Thankfully we turned it round in the second half, but if our wingers do want to be starting if we get into England’s top tier, they must be more consistent.

Since Dean Smith’s appointment as Aston Villa manager in October, Jack Grealish has earned a higher Whoscored.com rating than any other player in the Championship (7.77). The 23-year-old was once again heavily influential to Villa’s triumph, with three key passes, including an assist for Abraham, and a header at the back post to open the scoring. Not only that, but Grealish can slow the pace of the game at will. A short clip from the match doing the rounds on Twitter shows the captain merely standing with the ball near the corner flag and Bolton players are reluctant to tackle him in case he skips past them. 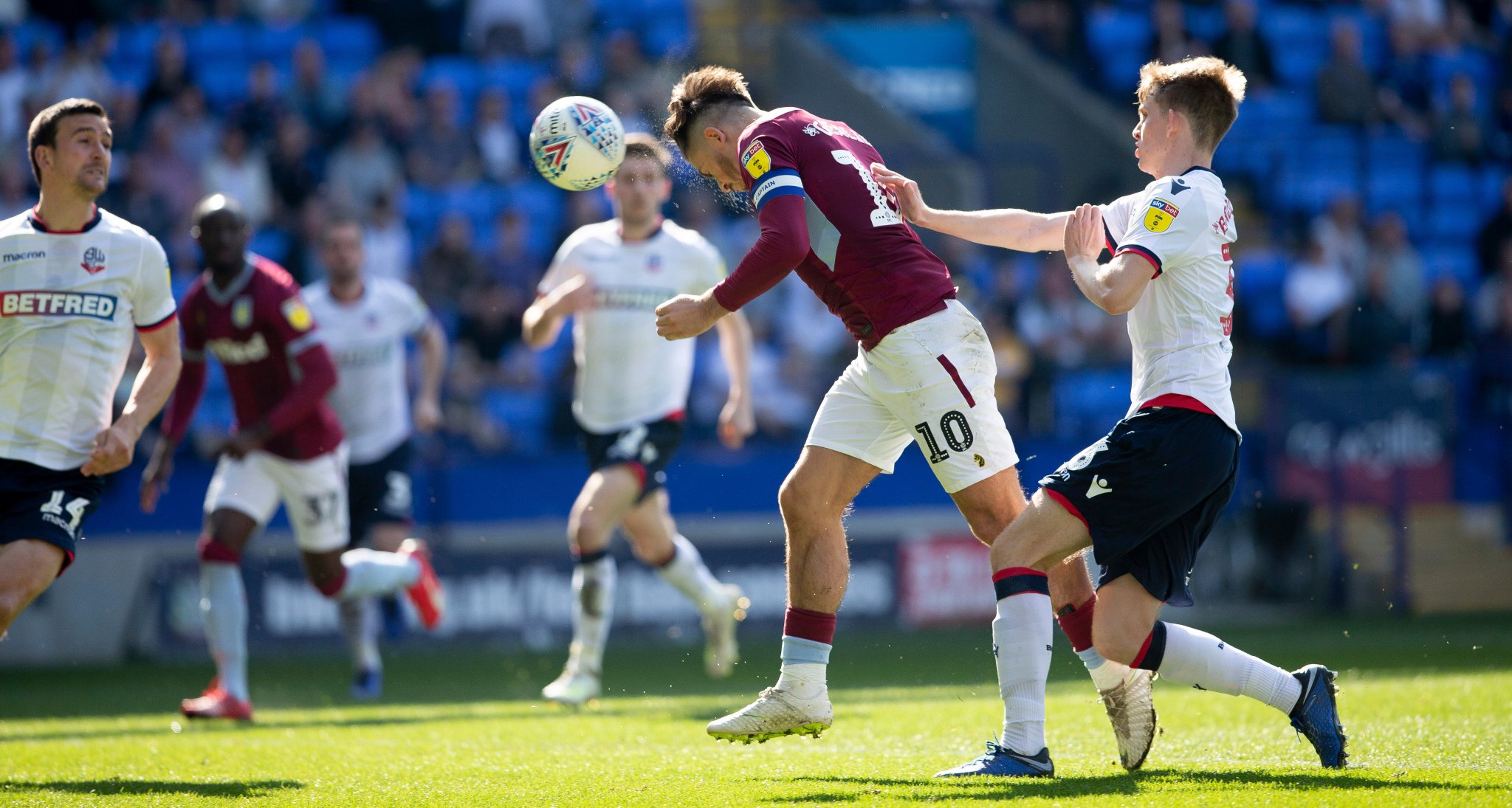 Exercising the demons of 2018

Who remembers this fixture last year? In the cascading snow, Villa succumbed to a 1-0 defeat which effectively ended our automatic promotion hopes. However, there was no danger of that happening this time around, with many of the Bolton players not being paid and therefore not training. Moreover, this game wasn’t particularly taxing for the Villans, with the first-half mostly being played in Bolton’s half. This should mean we’re fresher than Millwall on Monday, who struggled to overcome ten-man Brentford in a tight clash.

With Abraham injuring his shoulder in the scoring of Villa’s second, there’s a striking berth to be filled on Monday against Millwall. On the one hand you’ve got Keinan Davis, a reliable target man with an ability to bring others into play. On the other, you’ve Jonathan Kodjia, a maverick who will guarantee you more goals but can be equally frustrating because of a tendency to hold onto the ball for too long. Kodjia has been out with illness too, so it’s likely to be Davis. The 21-year-old had a mixed game today after coming on at the hour mark, with some good work on the ball. At the same time he missed some decent chances – a header from twelve yards out into the arms of Ben Alnwick and a shot which was dragged across goal from close-range. Nevertheless, Davis is getting into some good goalscoring positions and could have a big part to play in the run-in.